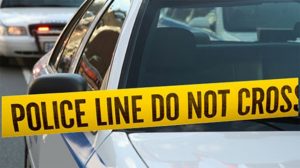 VANCOUVER — Police in New Westminster, B.C., say a man was arrested after driving down a sidewalk on a motorcycle.

The police department says one if its officers spotted the strange scene Tuesday morning, and stopped the rider, who was not wearing a helmet.

The man on the motorcycle did not have a licence, the New Westminster Police Department said in a news release outlining the incident.

Additionally, the motorcycle he was riding had been reported stolen, and the man was in violation of several court-ordered conditions, the NWPD said.

Police did not provide details on what those conditions were, but Sgt. Sanjay Kumar reminded anyone in a similar situation that they are “court orders, not court suggestions.”

The man was arrested and the motorcycle was returned to the owner.

Police ask the public to take photos and record the serial numbers of their belongings, which can help them return them in the event of a theft.

Anyone who witnesses a theft in progress is asked to call 911.

Praise for those in the Alberni ValleyMay is Motorcycle Awareness Month